Despite the fact that I had three presentations to revamp, 20 prospects to follow up with, and a seriously neglected email inbox.

I took it off anyway.

You see, Otto was being released back into the wild, and nothing was going to keep me from being there to see it.

Otto is a rehabilitated otter being released back into the wild right here where I live. To watch him galumph into the water, swim off into the bay and silkily dive back into his home was one of those priceless moments that NO amount of work should make me miss.

It got me thinking more clearly about why I work for myself and do what I do. If I had a “job” I’d most likely have missed this opportunity to see my favorite animal this close up and on land.

What do you love that you’re missing because of work and worry? Put these important things into your schedule, and you’ll find your life so much richer and your entrepreneurial experience all the more worth it. “Timing, perseverance, and ten years of trying will eventually make you look like an overnight success.” – Biz Stone, co-founder of Twitter

From him, those “ten years of trying,” sound almost romantic and heroic, don’t they?

He fought the good fight and came out a champion, even when everyone thought he was crazy.

But what about those ten crazy years? Can you imagine quotes from that time?

I made these up. Because who would be crazy enough to write about the grueling days of entrepreneurship?

All through my toughest years of entrepreneurship, I wrote: I laid bare every struggle, every strategy, every mindset shift I had to make in order to persevere long enough to become an “overnight success.” I put everything down on paper that helped me build a business, to stretch my comfort zone, and to laugh at the absurdity of entrepreneurship.

Entrepreneurs work those crazy hours and endure the struggle because we are committed to making a difference. We improve the lives of others. We educate. We inspire. We transform.

Entrepreneurship is not for the faint of heart, and to succeed, being smart and strategic isn’t enough. To help you laugh, be inspired, and focus your efforts, I’m sharing a free chapter from my book, Smile When They Call You Sleazy! I hope it lets you know that you are not alone on the crazy journey.

And who knows? Maybe it could even help you shave a few years off of your journey to “overnight success.”

Sign up to receive your free chapter now: http://marycravets.com/bookchapter/

I believe in you! Recently, I forwarded a resource out to my email list, because it offered me some helpful insights, and I believed it would do the same for others. Within 24 hours of sending, I received two emails in response.

The first email said, “This is brilliant! I really found value in it.” Well, great! I thought. Mission accomplished- I’m glad I could help!

I opened the second email expecting a similar message. Instead, it said, “This is pretty offensive! Why would anyone want this?” Wait… what?! This is the exact opposite of the first response! How could two opinions differ so drastically about the same subject?

I had a moment of debate with myself: Had I missed the point? Was I actually unhelpful? Should I refrain from sending similar resources in the future?

After a quick assessment, the answer was clear: Nope! I have a clear vision about my business and my clients, and I know what path I’m on to see success in both. The resource I sent was important to me, and others had found it valuable—even if there had been a difference of opinion.

The problem with hearing conflicting opinions is that they can lead you down a wrong path if you aren’t clear about your path. Being uncertain when confronted with differing opinions can leave you terrified to try a new approach, doubtful of your strategy, or paralyzed in the pursuit of your goals.

In order to stay moving forward with purpose down the right path—the one you’ve mapped out for yourself and your business— it’s important to always be clear about your vision and your ideal clients. That way, when conflicting opinions cross your path, you can decide quickly whether you need to adjust or stay the course!

Welcome to the half-way point of your year!

This is a great moment to step back and evaluate how things are going. One of the most common complaints I hear is, “I feel totally out of balance!”

In this short, funny and insightful video, the speaker gives one of the best perspectives on why your work-life balance isn’t working. Take the time to watch it, and see if you catch the same insight I did!

Here’s one thing they don’t tell you when you start a business: you will be criticized. 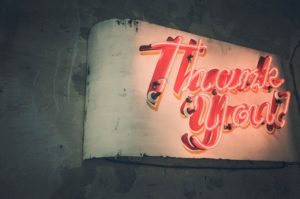 You’ll be criticized by well-meaning friends and family who don’t want to see you hurt or disappointed.

You’ll be criticized by competitors who want you to stay out of the game so they don’t feel threatened.

Worst of all, you’ll be criticized by random strangers who don’t know you, but think you should be playing by their rules, not yours.

It is tough some days, I won’t lie. And although I’ve developed a thicker skin over the years, it still hurts.

Of all things, I was called “sleazy” recently. After a few minutes of hurt and worry, I smiled.

Because I’ve received all sorts of criticism over the years, and have built up a kind of routine for dealing with it. And I know that, from past experience, criticism is a herald of good things to come.

Here’s the formula for dealing with critics:

Have compassion. Critics are afraid: afraid to hope, afraid to fail, afraid to get screwed over, afraid of success… and the list goes on forever. When people take shots at you, they are simply scared. Be graceful, be kind, be understanding. Then let them go, and move on.

Center yourself. When criticism throws you for a loop, get clear about why you do what you do. It’s all about making a positive impact. A positive impact on others, your family, your finances, your freedom. When you re-center yourself on your vision and what is most important to you, the force of criticism diminishes significantly.

Have a sense of humor. Because, let’s face it, the life of the entrepreneur is pretty hilarious. We’ll work 60 hours a week for a roller coaster income in order to be “free” from a 40-hour a week job with a steady paycheck. People who criticize are often hitting a nerve we’ve be unable to laugh at (yet). Take yourself too seriously, and criticism can destroy you.

Look for the opportunity. Ask yourself, “Is there any truth to this criticism? What can I learn from this? Is it simply to persevere with grace? Or is there something good that can come of this? A blog? A book title?” Don’t change everything in response to criticism… that’s the worst thing you can do. But the second worst thing is to refuse to be open to the opportunities it offers.

Know good things are on their way. When criticism comes, a growth spurt generally follows. The criticism is kind of like a test. It’s the energy of Entrepreneurship tapping you on the shoulder and whispering to you, “It’s rough out there, and people will push your buttons and pull you down when they get the chance. Do you have what it takes? Are you willing to take the abuse with the rewards?” In my career took about 5 years of ups and downs (and pity parties when someone threw rotten tomatoes) to recognize this pattern, but it has held true.

So when someone calls you pushy, or greedy, or too big for your britches. Or (god forbid) sleazy… just smile. Be kind and laugh. Recommit to your vision and look for the opportunity. And believe, down to your toes, that good things are coming your way. 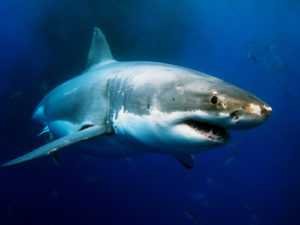 In the past, when I heard a business owner talk about expanding their business, the images that came to mind were of sipping piña coladas on a sandy beach, rolling in piles of hundred-dollar bills, and driving a fleet of Mercedes.

Yes, it was embarrassingly naïve. And these pie-in-the-sky images did absolutely nothing to prepare me for the realities of growing a business.

Here are a few things I wish someone had told me about significantly growing a business.

You are going to be scared and excited, feel like you’re going to throw up, feel like a champion, feel like a loser. And you’re going to feel all of these things, in rotation, on a daily basis… often before lunch. The fears you feel are GROWING pains, but they will feel exactly like the fear and pain of real danger (like there is a shark about to devour you). You must be mentally disciplined enough to step back from your fear and evaluate it. Call it out, and call it what it is… “This is simply a scary-feeling growing pain. This is not a shark attack.”

Growth takes longer, and costs more than you expect. This is just the way it works. So don’t beat yourself up, AND budget three times as much time, and twice as much money as you think you’re going to need.

You are going to want to give up. Totally normal. When I’m in growth mode, I quit my business at least once a month. Make sure you have a strong support network who can talk you off the ledge when the going (inevitably) gets rough.

You will screw up. When you’re growing, you are constantly in uncharted territory and outside your area of expertise. Just be open to screw ups actually being opportunities to discover a new way of doing things. When you keep an open mind, the “wrong” path can lead you to unexpected innovation.

It’s ok to work nights and weekends (for a while). When you’re getting a new project off the ground, more energy is required. Don’t feel guilty for working a lot of hours when you’re building something that will free you up significantly in the future! With that being said, also make sure there is a cutoff date for your increased hours.

Isolation is a killer, so get help. You can get so wrapped up in your growth plan that you develop blinders to easy solutions and faster results. Make sure to work with a mentor who can spot the easy solutions you’re too overwhelmed to see.

Significantly growing your business is not for the faint of heart. Keep going. It’s worth it.

Contact me if you’d like to minimize your growing pains, maximize your results, and work as few nights and weekends as possible!