Business Lesson from a Workout FAIL

Several years ago I hired a personal trainer to help kickstart some New Year’s Resolutions. I showed up in the early morning hours hopeful and ready to kick some ass.

10 minutes later, I was ready to pass out and throw up.

I wasn’t that out of shape, and my trainer hadn’t pushed me that hard. What happened?

After a brief discussion, I learned that you shouldn’t drink a large protein smoothie 30 minutes before a workout.

I had assumed that because you need energy for a workout, the best solution would be to eat right before you go to the gym.

I thought back to other failed attempts at working out and realized that this laughably simple – but foundational – wrong assumption led to the majority of my failures.

Changing this ONE assumption led to years of success in fitness. And… 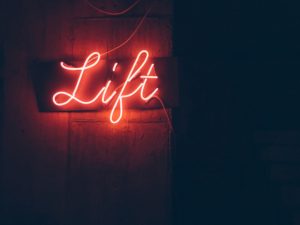 I see this stuff in business all the time.

The assumption that accepting money means you’re not fully in the spirit of service to others.

The assumption that sales is about convincing and pushing others to do something they don’t want to do.

Unearth YOUR assumptions and question them. Hidden, they will keep you stuck. Revealed, they will shift your results forever.