Have you ever had the thought that someone who is successful is just lucky? 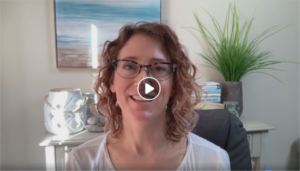 This week in my Facebook live, I explore why “lucky” is disempowering, how to know whether you’re improving or stalling and how “putting yourself out there” is only half of the process.

Click on the picture for my usual offbeat look at the entrepreneurial journey!

Do you get a “queasy feeling of being obnoxious” (my client’s words) when thinking about promoting yourself or asking for big money?

You’re not alone. In a recent Facebook live, I explored why this is and how to work around it.

So why do we hold ourselves back? There are some very good and understandable reasons. When you hold yourself back, you:

All of these are tough fears to work through, but with the rewards being so great – income, impact, influence, satisfaction – why are the potential rewards not motivating enough to change?

I have no idea… and frankly I don’t think “why” is what’s most important.

Getting past the fear is what is most important.

Let’s skip analyzing WHY and instead just get to the next level faster, shall we?

It’s not (all) about you. Instead of thinking that going big is about you, shift to the perspective that it’s more about being a champion for your prospective clients and THEIR untapped potential. If you aren’t making bold offers to future clients, you are holding them back.

Stop looking for approval. People who don’t resonate with your message or simply don’t like you can’t be your priority. Don’t sacrifice the people who DO need you by wasting time trying to make the haters happy.

Create big-ticket, big transformation offerings. Asking others to step up and invest in their own greatness will deepen your confidence in your own greatness.

Consider future clients your accountability partners. Make a commitment to go big for them and make it unacceptable to let them down by playing small.

Accept imperfection. When consistently put yourself out there, you may screw up. If you wait for perfection, you will be waiting a long time for your moment. I have a 3rd degree black belt in this area. I submit as evidence my recent Facebook Live video.

Be willing to be accused of all of your fears. WHOA. That’s a bold step, isn’t it? Do it anyway so you can help those who really need you!

Now it’s your move, my friend. What’s your next step? How will that impact your world?

There I was with a good friend in Starbucks. Sipping lattes and talking about business, when suddenly the energy in the room shifted.

It was a simmering standoff. Two young men. One threatening, one sitting, and 20 of us staring and watching.

My first instinct was to jump in with an unexpected smile. I’d hoped it would be the last thing they’d expect and the tension would dissipate.

Then I thought, “I could get hurt.”

So I stayed where I was, staring along with everyone else.

A long time passed (in reality, probably 30 seconds), then a security guard showed up and with very little fanfare escorted the instigator out.

Later, I reflected on the situation. What stopped me? Was it really the fear of getting hurt?

Partly. But there was something deeper.

I didn’t want to be humiliated.

In that moment when I considered jumping in, I also thought, “What if I try and fail?”

As I sorted through my feelings, I realized my fear of humiliation was actually greater than my fear of physical harm.

Did you know that fear of humiliation is one of our most deeply held (and rarely acknowledged) fears? And for good reason. For the majority of human history, being a social outcast meant almost certain death.

In our modern society, if you are an entrepreneur, you live your life every single day on the fringes of what is socially acceptable.

So, yeah, on some days when you’re feeling frustrated, out-of-sorts or downright pissy… give yourself a break!

Want a fun exercise to help push past it?

Make a list of things that sounded foolish (even grandiose?) in your past that you have successfully overcome.

Most of these things gave me prime opportunities to look foolish and fail publicly. And you know what, some of them I DID fail at. But the failures turned into some of my greatest lessons, and my successes showed me what I was capable of.

Get in touch with that deep-rooted fear of looking foolish so you can notice where it holds you back, and then move past it. Begin to trust that on the other side of it are boundless opportunities.

Are you a champion at limiting yourself? What’s your threshold?

Would you be able to look yourself in the mirror if you said “I can’t complete my day because I can’t find a pen to write my to-do list with?”

Here’s another excuse: “I can’t complete my day because I can’t find an empty piece of paper around the house to write my to-do list on?” 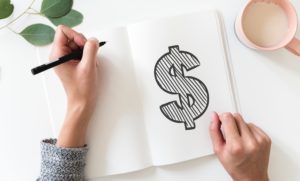 Or “I can’t go to work because I can’t find my car keys?”

Maybe its “I can’t work because I have a headache and can’t find an aspirin?”

Even if “I can’t pay my rent because I can’t find a job?”

Or the classic “I can’t find a job because my internet connection is down today?”

What about “I can’t earn money because I’m too busy raising my kids?”

And finally “I can’t help a friend because I’m so busy with all this stuff?”

Which of the above excuses are crap? Which ones are real excuses?

I suggest that the only ones that are real are…NONE OF THEM.

There are people with 2 jobs who also volunteer at their favorite charity, hang out with friends, help someone in need and get to the gym every day.

There are people with newborn twins growing their business and spending quality time with friends and reading a novel.

There are people raised in abject poverty who run up tens of thousands of dollars in loans to put themselves through college then start businesses or get jobs that make them rich and able to pay off their loans.

The issue is the simple act of doing.

What are you willing to do? How often are you too busy to complete your to-do list but somehow spent 2 hours that day on Facebook? Is there a self help book sitting on your night stand unread because you are too busy watching a movie every night? Is there a money opportunity that requires investment but you are too scared to make the investment in yourself or your future?

Your subconscious is phenomenal at keeping you exactly where you are. It takes active effort to break out of your inertia (read “comfort zone”) and move forward towards all that you want.

My advice? Go fourth and DO!

P.S. I was inspired to write this post by Jen Sincero’s amazing book “You are a Badass at Making Money”.

You can get it too by clicking on the book image – I think you’ll love it and it may just change your mindset! 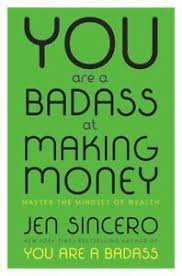 P.P.S. That link is an affiliate link which means there’s a small commission if you purchase the book, but the great news is that this won’t cost you a single cent more.

See what a Badass at Making Money you are already?

Don’t make an excuse…get the book!

I’ve gotten sloppy in my business. Embarrassing but true.

This realization hit me while listening to my favorite book “The Strangest Secret” by Earl Nightingale. Here’s what I heard: 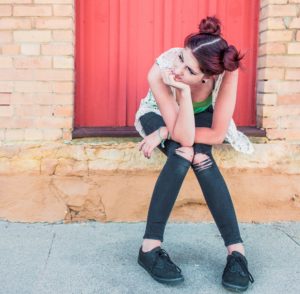 “Prosperity, you know, is founded on the law of mutual exchange. Any person who contributes to prosperity must prosper, in turn, himself. Sometimes the return will not come from those you serve, but it must come to you from someplace…”

I used to be relentless in my contributions to my community’s prosperity.

Writing blogs to inspire and equip.

Lately? Not so much.

I took my eye off the ball.

And, no surprise, now I’m experiencing a lull in my business. (if you can relate, don’t worry – just recommit!)

Thank you, Earl, for the wake-up call!

I’m in your corner.

Do you ever stop to ask yourself what promises your marketing message is making to your clients? 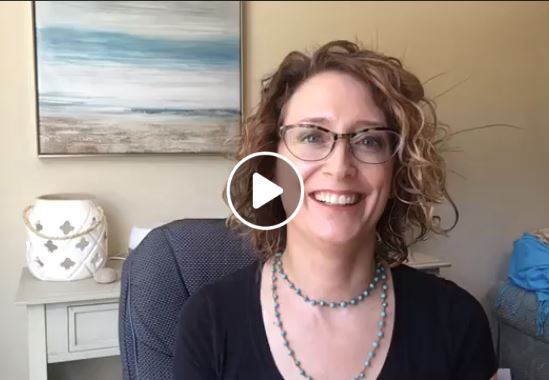 This week in my Facebook live, I talked about possibilities vs. guarantees in marketing.

The fact is, not every client will experience great results as there are many factors that figure into success.

If you have a lot of confidence in what you do, more often than not….well, click on the image to see more!

I hope you enjoy the full video.